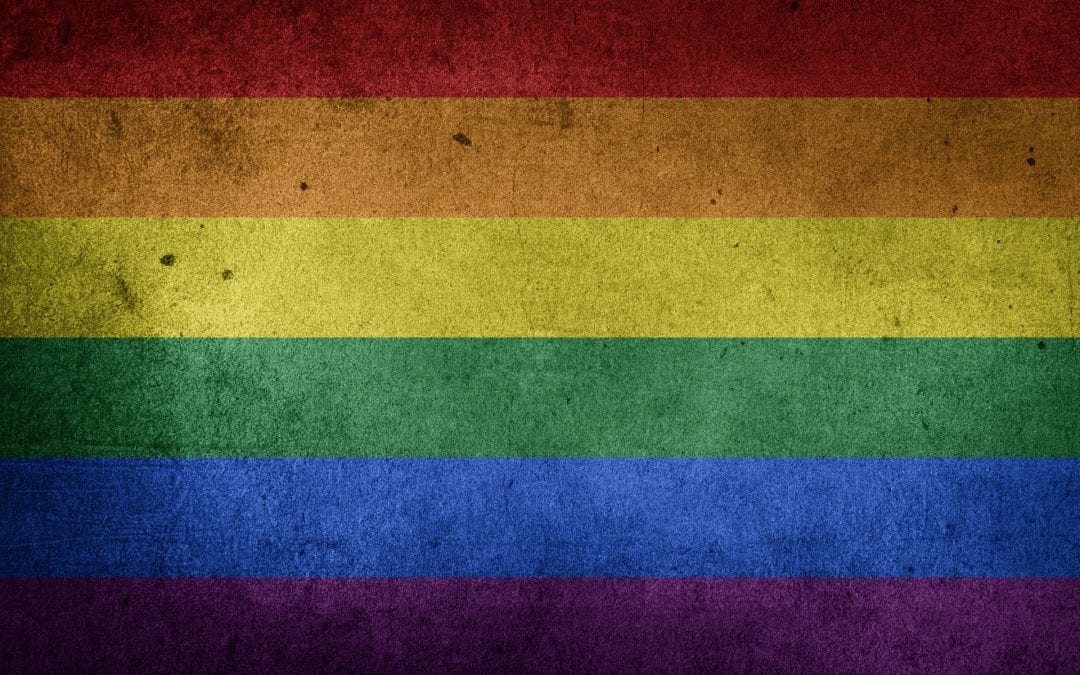 Our first LGBTQI+ blog is about pronouns; how we use them in referring to ourselves and to others, and how a broader and more inclusive range of pronouns are rapidly becoming part of an expanded social lexicon.

But what is a pronoun? Well, the formal definition, updated in quite contemporary language by the online Cambridge English Dictionary, is comprised of two parts. The first being:

The second, and most contemporary descriptor being:

Put another way, pronouns are about identity and identity is a term that is unique to humans, in that it serves as a marker of who we are, or who we perceive ourselves to be. This is in contrast to other species such as fish, insects, and arachnids that are not considered to be sentient because it is assumed they cannot think or feel pain. Therefore, for purposes of this blog, I am going to focus on humans.

As a cis-gender queer woman of colour, identity and pronouns feature quite prominently in my life. They signal who I am in the larger scheme of things, how others perceive, and subsequently categorise me, who I am in relation to narratives which either marginalise or completely erase me from the historical record, and ultimately, who I think I am and how I work to reclaim those parts of my identity that have been excised from mainstream discourse.

Pronouns have become quite central to engaging in social justice issues regarding the rights and identities of transgender people, as well as in everyday conversations people may increasingly be having with family members, neighbours, friends, colleagues, and even government officials. Therefore, it is incumbent upon those of us in social care professions to educate ourselves on the terminology that underpins the very core identities of the people we serve or those we may know on a personal level.

There is quite an array of pronouns from which to start this blog, but the University of Wisconsin at Milwaukee has published a ‘How To’ guide of gender neutral or gender inclusive pronouns that will help us to engage in conversations with people who identify as LGBTQI+ – a link to their page for further reading is here. 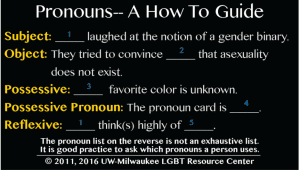 Note: the top line is meant to indicate two separate – but similarly spelled – sets of pronouns. They are ae/aer/aers and fae/faer/faers.

In our next blog we will continue this conversation by exploring a resource from the Human Rights Campaign: ‘Talking about pronouns in the workplace’.