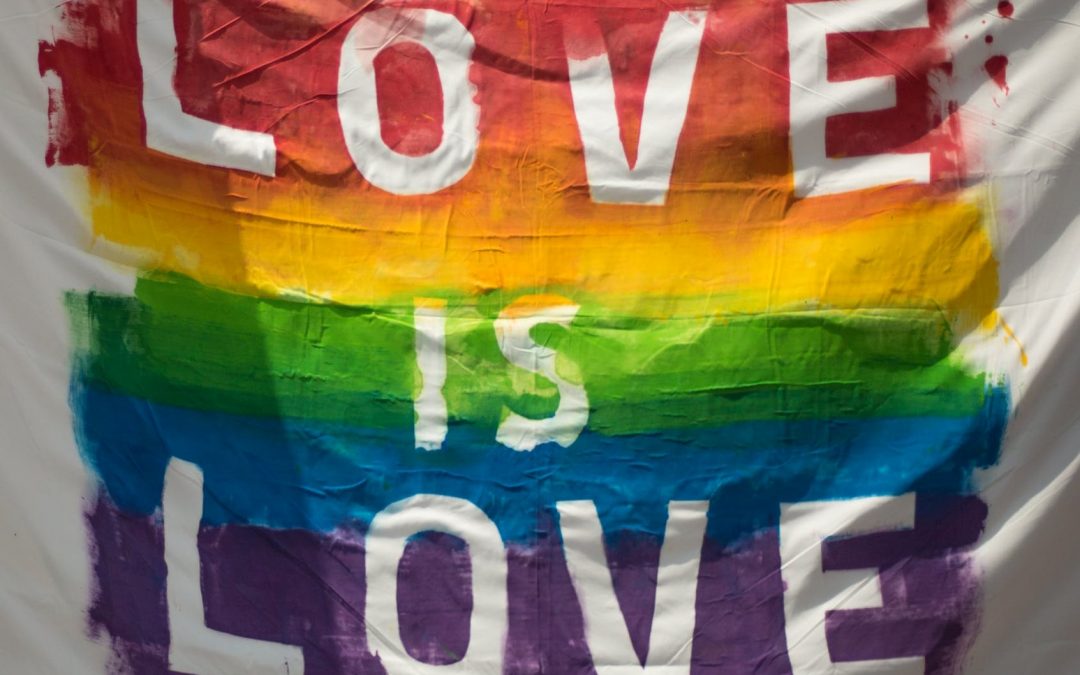 Romantic relationships in LGBTQI+ communities are not all that different from those enjoyed by heterosexual couples. As human beings in a world of just over seven billion people, relationships are how we stay connected and thrive. Indeed, in times of stress, such as what we are now experiencing with the COVID-19 pandemic, social isolation will have a disproportionately harmful impact upon the homeless who by virtue of their circumstances are already isolated from family and mainstream support networks.

Of the approximately 7.7 billion people living on this planet, research from YaleGlobal and the MacMillan Center has put the number of homeless people at two percent of that 7.7 billion. This works out to approximately 150 million people around the world who are homeless. And while there are no definitive numbers on how many of the world’s homeless population identify as LGBTQI+, it would be safe to assume that it is more than a handful.

Homelessness among LGBTQI+ people is exacerbated by many factors, not the least of which is our visible invisibility. In Frenchness and the African Diaspora: Identity and Uprising in Contemporary France (2009), Ahmed Boubeker writes about the paradox of invisible minorities in France still being subject to ‘total public visibility’, particularly when it comes to being blamed for the ills in society, which it can safely be assumed is a harmful and dehumanising by-product of systemic racism.

There are many reasons why LGBTQI+ youth, for example, may become homeless. Some experience abuse (physical, sexual, emotional) within the family home, familial poverty, being forced out of the family home due to their identify, and/or aging out of the social care system with no meaningful planning or supports in place. Subsequently, young people made homeless without any means of support, often experience knock-on effects that have profound ramifications for their mental health and physical well-being.

Studies show that LGBTQI+ people are denied housing and/or services from homeless shelters or private landlords, which add to their distress. In order to get by many young people are introduced, or forced into, ‘survival sex’, a term that is commonly used to describe an exchange of sex for food, money or shelter.

In order to survive emotionally and physically, homeless people create alternative ‘family’ systems where they look out for each other, effectively becoming emotional anchors to the most vulnerable among them. And yes, just like other human beings on the planet, homeless people do form romantic relationships. 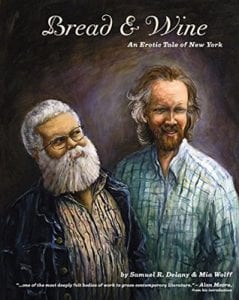 Bread & Wine is a love story about a chance encounter between two men from vastly different worlds. And while their story is different from the LGBTQI+ youth I focused on in the first part of this blog, the problems associated with being homeless and without support, are the same. Although not explicitly stated in the book, the underlying themes that come to the fore through imagery and Delany’s understated yet impactful language, remind us that love has no boundaries.
Delany’s story is told in the form of a graphic narrative that is complete with panels, frames, captions, speech bubbles, cross-hatching, and symbolia. The stark images drawn by Mia Wolff compel readers to consider whether our personal values about dignity and self-worth hold up under scrutiny or if our biases come into play in spite of our best intentions. Through the carefully wrought illustrations, Delany’s book literally looks at the enduring love between two individuals whose identities are not only shaped by how others see them, but also by the contexts within which they are (or are not) seen.

So, a bit of context!

Samuel R. Delany is an African American writer who was born in Harlem, New York. He was a professor of English and Creative Writing at Temple University from 2001 until his retirement from teaching in 2015. He has published widely, including several award-winning science fiction novels.

The New York Public Library website describes the themes in Delany’s writing as focusing on: ‘socioeconomic standing and the move from one social strata to another; race and sexuality; his seeming obsession with unorthodox beauty: large calloused hands; nail-biters; hare-lips; homelessness and mental disorders’. His partner, Dennis Rickett, is white and lived on the streets for six years, selling used books and sleeping rough. He and Delany have been together since around the time of their first meeting in 1990.

When we talk about our visible invisibility in LGBTQI+ communities, we are speaking of a narrative that has at once erased (ethnic, sexual, racial, gender, religious) minorities from the historical record or reinforced that erasure by defining us in terms that introduce instability into already precarious socially and politically coded spaces.

LGBTQI+ people of colour are marginalised on multiple levels, even when, as Delany asserts, we are able to ‘move from one social strata to another’. But when homelessness and its attendant stigmas are added to the mix, romantic relationships become fraught with unanticipated human complexities and discoveries. An example centres around a pivotal scene in Delany’s book, that not only encapsulates the shifting contexts and dynamics within which his relationship with a homeless man unfolds, but also underscores the visceral responses we may experience regarding intimate relationships that are bound up in class, political, religious, ethnic, and racial differences. Yet moving easily between the world of academia (where he is somewhat assured of being accepted) and Dennis’s world of deprivation and homelessness, Delany pushes the boundaries of what it means to love another human being, no matter their station in life.

Samuel and Dennis are together in a hotel room. Prior to becoming intimate, Samuel encourages Dennis to take a bath. As Dennis peels off his clothing and approaches the bathroom, he hesitates and shares with Samuel that this is the first access he has had to a private bath in six years. He has taken off his shoes and the triple layer of socks that he peels off his feet are so rotted with dirt that they disintegrate. The stench is awful, and the inner layer of socks have decayed around his feet. The other, quite arresting image from the book, is of the bath water that turns inky black from the dirt and grime that sloughs off of Dennis’s body. Even two hot baths and a shower do not completely remove the dirt that is embedded in the crevices of his skin.

With Bread & Wine, Delany has pushed the boundaries of what constitutes romance, sexuality, love, belonging, self-worth and dignity. He has reminded us that even in the visibility of our invisibility, we are human beings capable of compassion, acceptance, and love.

In our next blog we discuss deconstructing the ‘normative’ family system to gain a deeper understanding of the importance of ‘families of choice’ in LGBTQI+ communities.